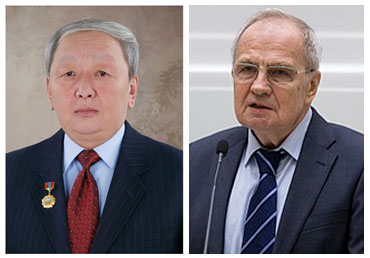 In his letter, he said, “Relations between our countries and peoples have a rich history with ancient culture and traditions. It should be a sacred duty and mission of generations to be proud of our history passed down to us by our ancestors and to enrich it … Mongolia and the Russian Federation are actively developing relations and cooperation in all areas within the framework of a comprehensive strategic partnership, and in this context, we are eager to deepen the traditionally amicable relations between the Constitutional Courts in the interests of both countries."

Discussion about the issues of constitutional law
No Comments

Support for further expansion of relations and cooperation was expressed by Chief Justice of the Constitutional Court Mr. Chinbat Namjil
No Comments

Congratulations to the new President of the Venice Commission

Discussion about the issues of constitutional law