1975-1985 -studied in the first high secondary school of province and graduated with Gold medal;

1992-1997 -as having been the best student he won Indian Government scholarship and joined National Law School of India University, Bangalore, INDIA and completed his B.A.,LL.B.(Hons) degree program;

1998 -was trained in the training course on ‘International Civil and Commercial Law’, Osaka, Japan;

June, 1998 -was trained in the training course on ‘Law and Development’, Stockholm, Sweden;

1987-1988 joined the provincial committee of Youth Federation as an instructor in charge of foreign relations;

1988-1989 was working as a secretary in charge of economic education at the Central Committee of the Youth Federation of Mongolia;

1996-1997  -was placed with the Legal Treaties Division, Ministry of External Affairs, India and Rajya Sabha, the upper house of the Parliament of India

June 2004  -Member of the State Great Khural (Parliament) of Mongolia;

January 2006-Member of the State Great Khural (Parliament) of Mongolia, Member of the Government, Minister of Justice and Home Affairs;

June 2008   -Member of the State Great Khural (Parliament) of Mongolia;

Mr.Dorj Odbayar has participated in several workshops and seminars organized by the ACPF, WTO, SILD and JICA. 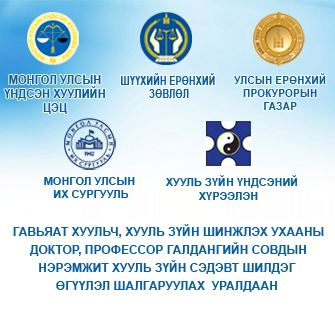